According to its channel position, it can be divided into straight-through type and right-angle type.

The working principle of the electric shut-off valve is to make the valve unblocked or blocked by rotating the valve. The gate valve switch is light, small in size, can be made into a large diameter, reliable in sealing, simple in structure, convenient in maintenance, the sealing surface and the spherical surface are often closed, and it is not easy to be eroded by the medium. It is widely used in various industries. 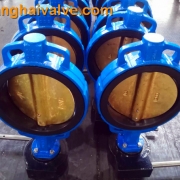 tanghaivalve.com Principles of valve selection in the petroleum and chemical industry

tanghaivalve.com How to choose the right butterfly valve (1)