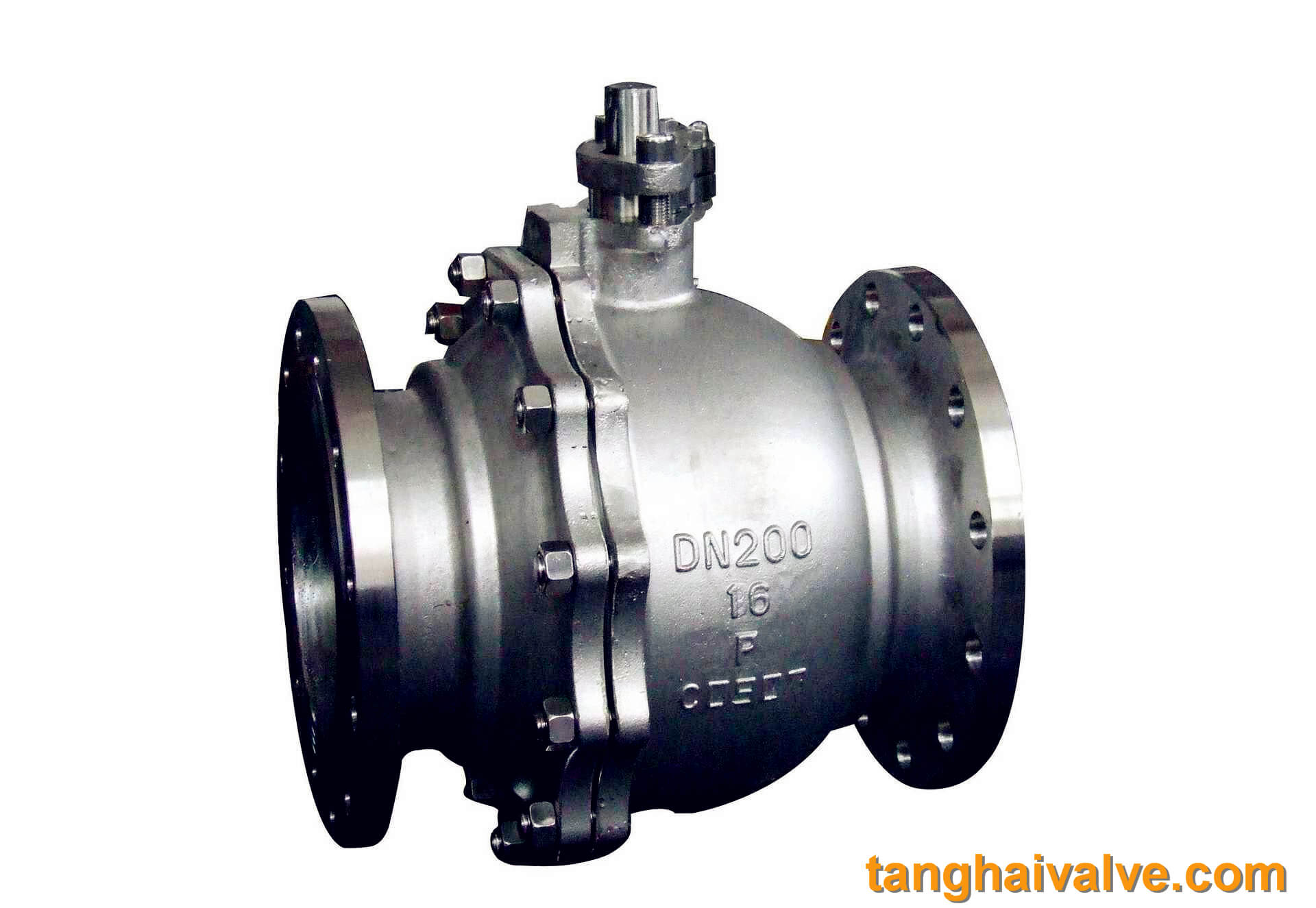 O-type ball valve structure:
The O-shaped ball valve has a ball with a middle through hole installed inside the valve body. A through hole with the same diameter as the pipe diameter is opened on the ball. The ball can rotate in the sealing seat, and there is a ring-shaped elasticity on both sides of the pipeline direction. Body to achieve sealing. By rotating the ball 90°, the direction of the through hole can be changed, thereby realizing the opening and closing of the ball valve.
O-type ball valve core (ball) is spherical. From the structural point of view, the ball seat is embedded on the side seat of the valve body when sealing. Relatively moving parts are made of self-lubricating materials with a very small friction coefficient, so the operating torque is small. In addition, the long-term sealing of the sealing grease makes the operation more flexible. It is generally used for two-position adjustment, and the flow characteristic is quick opening.

Principle of O type ball valve:
When the O-type ball valve is fully opened, the two sides are unobstructed valves, forming a straight pipe channel, two-way sealing, with the best “self-cleaning” performance, and suitable for two-position cutting occasions with particularly dirty and fiber-containing media. The ball core always creates friction with the valve during the opening and closing of the valve. At the same time, the seal between the valve core and the valve seat is achieved by the pre-tightening force of the valve seat pressing the ball core, but due to the soft sealing of the valve seat. Excellent mechanical and physical properties make it particularly tight.
V-shaped ball valve structure:
The V-shaped ball valve core has a V-shaped structure. The valve core is a 1/4 spherical shell with a V-shaped gap. It has a large flow capacity, a large adjustable range, a shear force, and a tight closing. It is especially suitable for fluids. Working conditions where the substance is fibrous. Generally, V-type ball valves are single-sealed ball valves. Not suitable for bidirectional use.
The edge of the valve core is V-shaped, and there is a V-shaped opening on the sphere. With the rotation of the ball, the change in the opening area of ​​the middle can be used to adjust the flow, and the impurities in the fluid can be cut off and closed. It is suitable for pulp, Control of mortar and viscous fluid.

Principle of V-type ball valve:
V-shaped edge cuts off impurities. During the rotation of the ball, the V-shaped knife edge of the ball is tangent to the valve seat, thereby cutting off the fiber and solid matter in the fluid. However, the general ball valve does not have this function, so it is easy to cause the fiber impurities to get stuck when closed, which will cause maintenance and repair. Maintenance brings great inconvenience. The valve core of the V-shaped ball valve will not be jammed by the fiber. In addition, due to the use of flange connection, it is easy to disassemble and assemble, no special tools are needed, and maintenance is simple and easy. When the valve is closed. There is a wedge-shaped scissors effect between the V-shaped notch and the valve seat, which not only has the function of self-cleaning but also prevents the ball from jamming. The valve body, bonnet and valve seat adopt a metal point-to-point structure, and a smaller friction coefficient is used. The stem spring, therefore, has a small operating torque and is very stable.