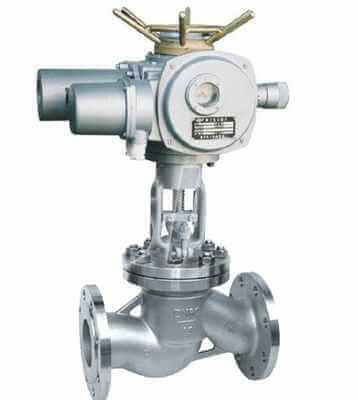 element,which is very suitable for the occasion where the valve and the pipeline are welded together. The most obvious advantage is that during the opening and closing process, the friction between the disc and the sealing surface of the valve body is smaller than that of the gate valve, so it is wear-resistant. The opening height is generally only 1/4 of the diameter of the valve seat passage, so it is much smaller than the gate valve. Usually there is only one sealing surface on the valve body and the valve flap, so the manufacturing process is better and it is easy to maintain. The flow direction of the medium through this type of valve has changed, so the flow resistance of the electric shut-off valve is higher than that of other valves.

How to choose the material of flanged gate valve seat
Advantages and Disadvantages of Triple Eccentric Butterfly Valves
Applicable occasions of butterfly valve
V-type regulating ball valve
Which valves are used for wastewater and sewage treatment
Fasteners, fillers and gasket materials of valves