News & Events
You are here: Home1 / News & Events2 / News3 / What is the positive transmission of gears 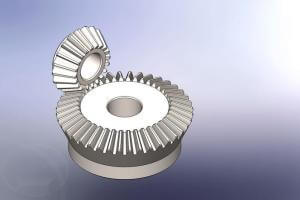