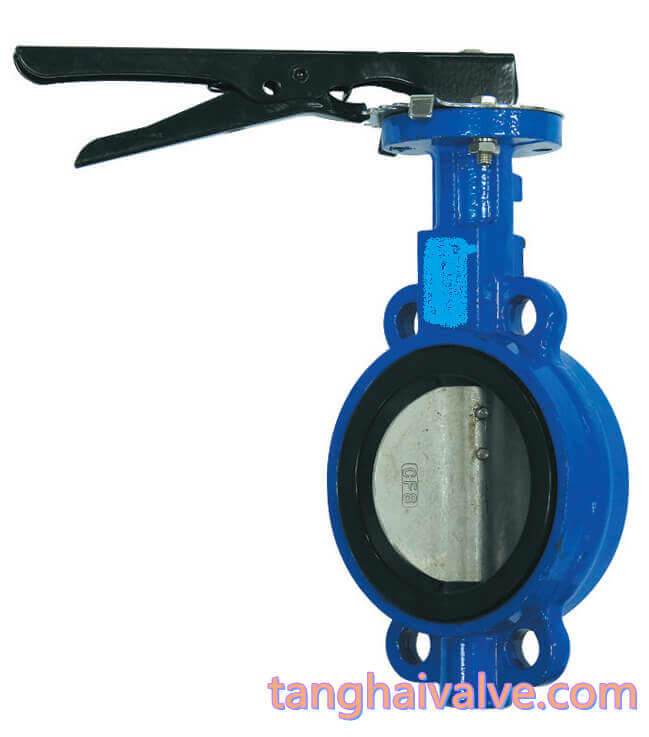 The sealing surface form of the handle wafer butterfly valve:
The sealing surface of the valve has several forms, including flat seal, cone seal, spherical seal, and knife seal. The handle wafer butterfly valve is mainly flat seal and spherical seal. The concept of flat seal is that the two contact surfaces of the seal are flat. Compared with several other sealing forms, the flat seal has its own unique advantages, the most important being the convenience of processing and repair. If it is used on the globe valve, it can also make the valve open and close without friction at the moment. Spherical seal means that one of the two contact surfaces of the seal is spherical. Butterfly valves with good sealing performance, ball valves and some small-diameter globe valves are used more. The advantage of the spherical seal is that the seal is larger and the sealing performance is good, but the disadvantage is that the maintenance is more difficult.
There are many fastening forms for the sealing surface of the handle wafer butterfly valve, which are mainly determined according to the conditions of the medium used, such as the pressure, temperature, corrosiveness of the medium, and the properties of the material of the sealing ring and the material of the housing. The basic requirements for the tightening of the valve sealing ring are that the joint surface has good sealing, easy processing, convenient maintenance, reliable connection and durability.

tanghaivalve.com Common failures of butterfly valves and the characteristics of installation

tanghaivalve.com The structural characteristics and uses of the wafer butterfly valve