The basic dimensions and tolerances of inch sealing pipe threads 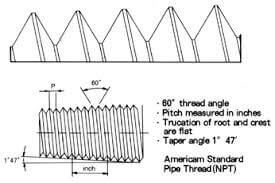 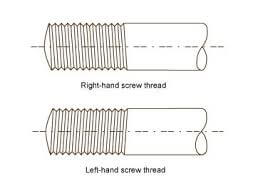 The characteristic code of the inch sealing cone internal thread is: RC;

The basic size and limit deviation of the imperial unsealed pipe

The characteristic code of inch unsealed cylindrical thread is: G

When indicating the thread pair of the inch unsealed pipe thread, only the marking code of the external thread is marked.

The inner thread is processed by pipe thread taps, and the outer thread has die.

55° tapered pipe thread means that the thread angle is 55° and the thread has a taper of 1:16. This series of thread is widely used in the world, and its code is different from country to country.

The 60° tapered pipe thread refers to a pipe thread with a tooth profile angle of 60° and a thread taper of 1:16. This series of threads is used in the machine tool industry in my country, the United States and the former Soviet Union. Its code name was previously designated as K in our country, and later designated as Z, now it is changed to NPT.

tanghaivalve.com What are the connection methods of gate valves for hydropower stations

Classification and introduction of pipe thread-(2)The chemical composition, characteristics and applications of rubbers
Scroll to top