Knife gate valve entered China in the 1980s. In less than two decades, its use has expanded from ordinary fields to a 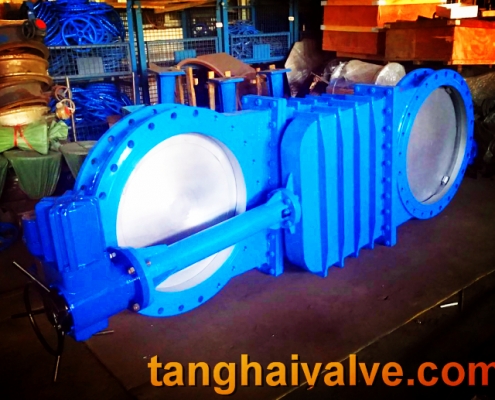 wider range of industries, from coal preparation, gangue discharge, and slag discharge in mines and power plants to Urban sewage treatment has evolved from general industrial pipelines to specialized pipeline systems for food, sanitation, and medicine.

What is a knife gate valve:
Knife gate valve-also known as knife door valve, knife-type slurry valve, entered my country in the 1980s. In less than two decades, its scope of use has expanded from the general field to a wider range of industries. Coal preparation, gangue discharge and slag discharge from mines and power plants. It has developed into urban sewage treatment, from general industrial pipelines to professional pipeline systems such as food, sanitation, and medicine. The ultra-thin knife gate valve completely solves the large flow resistance of ordinary gate valves, flat gate valves, ball valves, globe valves, regulating valves, butterfly valves and other valves with its advantages of small size, small flow resistance, light weight, easy installation, and easy disassembly. , Heavy weight, difficult installation, large area and other difficult problems. After the emergence of knife gate valves, a large number of general shut-off valves and regulating valves have been replaced. To date, the world’s largest consumption of knife gate valves is the United States and Japan. 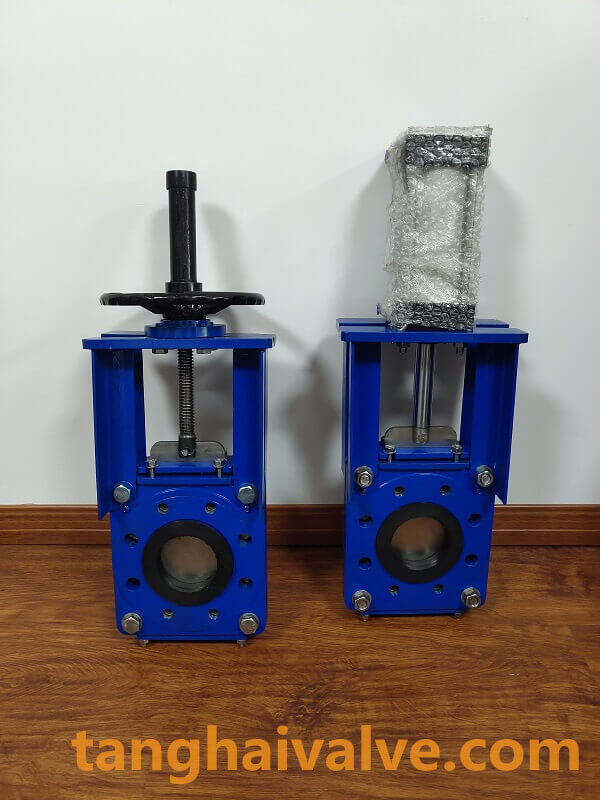 1. Valve control can be used for local and remote control, and can also realize remote position display and remote centralized control according to user requirements.

2. Light weight: The body is made of carbon steel, and the weight is about 20%-30% lighter than the traditional gate valve. It is easy to install and maintain.

3. The use of this valve can improve the closing and sealing performance of the conveying pipeline system, prevent leakage to the maximum extent, and play a positive role in improving production efficiency and protecting the environment.

4. The sealing surface is made of highly wear-resistant and corrosion-resistant ceramic materials, and the use of inlay technology has high corrosion resistance and good wear resistance, so that the valve has a long life and the cost performance is 10 times higher than that of ordinary valves.