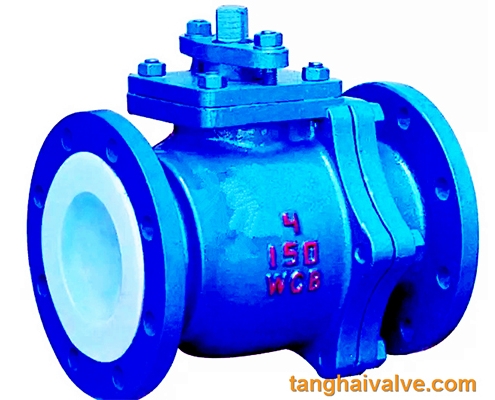 pressing the metal ball against each other between the plastic valve seats under the action of the medium (floating ball valve). Under the action of certain contact pressure, the seat sealing ring has elastic-plastic deformation in some areas. This deformation can compensate the manufacturing accuracy and surface roughness of the ball, and ensure the sealing performance of the ball valve.

Ball valves are also suitable for piping systems with light structure, low pressure cut-off (small pressure difference), and corrosive media. Ball valves can also be used in cryogenic (cryogenic) devices and pipeline systems. In the oxygen pipeline system of the metallurgical industry, ball valves that have undergone strict degreasing treatment are required. When the main line in the oil pipeline and gas pipeline needs to be buried underground, full-diameter welded ball valves are required. When the adjustment performance is required, a ball valve with a special structure with a V-shaped opening should be selected. In petroleum, petrochemical, chemical, electric power, and urban construction, metal-to-metal sealed ball valves can be used for pipeline systems with operating temperatures above 200 degrees.

Operation method of ball valve:
1) Before operation, make sure that the pipeline and valve have been flushed.

tanghaivalve.com What is a Single-disc swing check valve

tanghaivalve.com How to choose the material of flanged gate valve seat