However, the following problems still exist during the use of this butterfly valve:
1. Due to the multi-layer soft and hard laminated seal ring fixed on the valve plate, when the valve plate is normally open, the medium forms a frontal flush on the sealing surface. The soft sealing tape in the metal sheet interlayer is directly affected by the flushing, which directly affects the sealing performance. 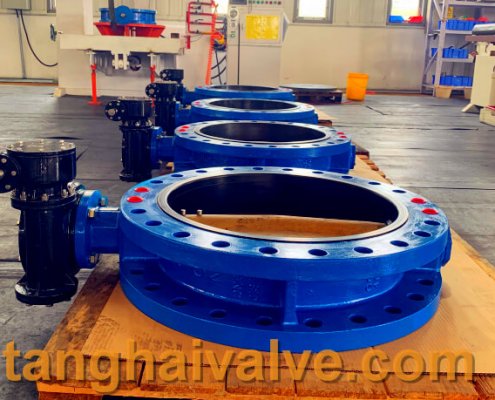 tanghaivalve.com What is the gear modification coefficient