There are different ways of classification of ball valves.

Function classification:
1. Bypass valve: The ball valve is generally opened by static water, so the bypass valve is set to be pressed first, that is, both sides are filled with water; 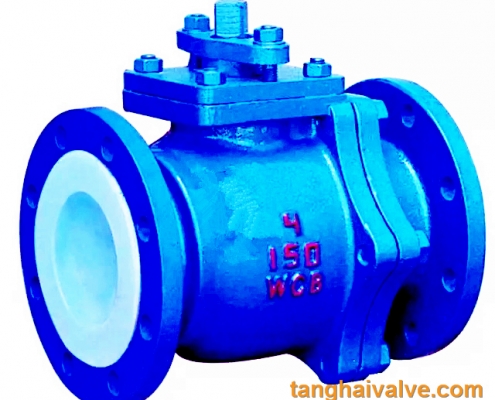 2. Air valve: when filling with water, the buoy will automatically close the valve when the air is removed; when draining, the buoy will drop by itself when it is used for replenishing air;

4. Drain valve: drain the sewage in the lower part of the ball shell.

Classified by shell/body material, ball valves can be divided into:

3. Valves of non-metallic materials: such as ceramic valves, glass valves, and plastic valves.

There are many domestic manufacturers of ball valves, and most of the connection sizes are not uniform. Mainly divided into the following categories:

The ball of the ball valve is floating. Under the action of the medium pressure, the ball can produce a certain displacement and press tightly on the sealing surface of the outlet end to ensure that the outlet end is sealed.

Structural features of ball valve:
The sealing performance is good, but all the load of the sphere bearing the working medium is transmitted to the outlet sealing ring. Therefore, it is necessary to consider whether the sealing ring material can withstand the working load of the sphere medium. When subjected to higher pressure impact, the sphere may deviate . This structure is generally used for medium and low pressure ball valves.

The ball of the ball valve is fixed and does not move when pressed. The fixed ball valve is equipped with a floating valve seat. After receiving the pressure of the medium, the valve seat will move, so that the sealing ring is pressed tightly on the ball to ensure sealing. Bearings are usually installed on the upper and lower shafts of the ball, and the operating torque is small, which is suitable for high pressure and large diameter valves.

The ball of the ball valve is elastic. Both the ball and the valve seat sealing ring are made of metal materials, and the sealing specific pressure is very large. The pressure of the medium itself cannot meet the sealing requirements, and external force must be applied. This valve is suitable for high temperature and high pressure media.

The Qv347, Qv647, and Qv947 V-type regulating ball valves have a shearing effect on the valve seat because the ball core has a V-shaped structure. Therefore, it is suitable for the control of relevant process parameters in the suspension medium containing fibers or small solid particles in papermaking, chemical, metallurgical and other industrial enterprises. It is especially suitable for the pulp, white water, black liquor and white water in the pulp and paper production process. Automatic adjustment of the fluid of suspended particles such as liquid and thick and turbid slurry fluid medium.

This V-shaped ball valve is a fixed ball valve and also a single-seat sealed ball valve. The adjustment performance is the best among ball valves, the flow characteristics are equal percentages, and the adjustable ratio is 100:1. It has a shearing effect between the V-shaped incision and the metal valve seat, which is especially suitable for media containing fibers, small solid particles, slurry, etc.

Basic knowledge of valve
What is the material of the main parts of the butterfly valve?-(2)
Main application areas of 10 major types of valves
Structural Characteristics and application of Centerline Butterfly Valves
Knife Gate Valve Structure and Working Principle
Difference between Soft seal gate valve and hard seal gate valve